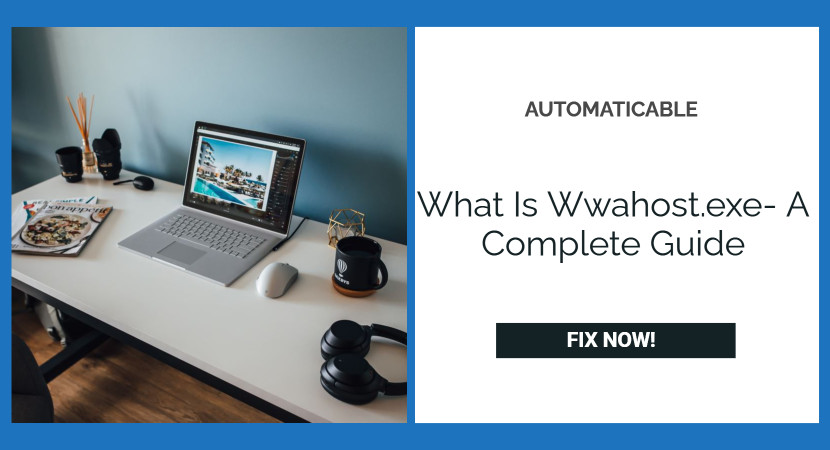 You presumably found this page because WWAHost.exe was running on your computer, and you wanted to know why. Microsoft purposefully included WWAHost.exe in Windows 10 as an executable required by some Windows Apps.

You may notice “Microsoft WWA Host” listed under the description of WWAHost.exe in Task Manager. If you think that’s a little hazy, you’re right! Be at ease; it is not a virus. Also check out the Fixes for the error “Steam Game Preparing To Launch Loop“

It is a helper program offered by Microsoft, located in the System32 folder, and you should not be doing anything with it. Some Metro apps on Windows 10 run in JavaScript, and WWAHost is the process that hosts this.

In Windows 10, WWAHost.exe is a secure and crucial process. Like svchost.exe hosts.dll files, it serves as a host for Metro app processes. To ensure that Windows 10 systems continue to operate normally, it is advisable to leave this operation unattended.

Can It Be Disabled?

So it is evident that you do not need to disable it because you never know which programs may still be using it. Although Windows 10 has altered how apps are downloaded and operated, if you can still see the program, it suggests some apps still rely on it.

One potential issue with WWAHost.exe is that it could result in high CPU, memory, or disc usage. The best action is to close each Store app individually and see if the user decreases. If it does, the app is the issue as WWAHost is merely assisting in its operation. You can either restart or reinstall the Windows Store app.

Programs that repeatedly use many CPU resources are typically in a loop and consume many resources. So, terminating the software might be helpful.

However, there is a technique to examine the program if you are still concerned that it might be malware. Right-click on it and select to open the file location in Task Manager. Now scan the file on your PC using any antivirus software. If the results are satisfactory, there is no need to be concerned. Check out to know more about the error fixes of Blue Sherpa Not Detecting Yeti.

Here are a few methods to disable the wwahost.exe. Follow any method, and get it resolved.

If your issue is particular to the Mail app, such as the WWAHost.exe appearing or consuming a lot of resources after starting a certain application, the problem is most likely caused by a corrupt file. The application can be uninstalled in certain situations, and emptying the store cache can assist in fixing the problem. To delete the Mail app and clear the store cache, follow the instructions below.

Install the Mail app again to check the problem.

This is a temporary solution rather than a permanent fix. Simply ending the process from the Task Manager is an easy fix. Upon stopping a cycle, it shouldn’t use any resources again. Here are the instructions to terminate WWAHost.exe.

This should temporarily fix the issue.

If nothing else worked, this might not seem like a solution, but it’s your only option. If nothing seems to be fixing your high CPU or memory utilization by WWAHost.exe, delete the app that is causing WWAHost.exe to execute. It is often the Mail app. However, you can use any other third-party Mail app. The same is true for other programs; if another software is to blame for this problem, remove it and use a different one. The ways to draw a Windows application are.

Upon finishing, it’s all set.

WWAHost.exe is a secure and crucial Windows 10 process. Like svchost.exe hosts.dll files, it serves as a host for Metro app processes. To ensure that Windows 10 systems continue to operate normally, it is advisable to leave this operation undisturbed.